This spring has been weird for us all.  It has been lovely to be able to get out and enjoy the lovely fine weather in my garden.  With us all stuck at home my neighbours decided to remove most of the overgrown holly hedge the previous neighbours had planted about 20 years ago which had been totally blocking out the light and leaving our garden in deep shade. The result has been an utter wonderful transformation.  The plans I had for my garden which I left feeling despondent can now be resurrected once I've managed remove the huge mass of ivy which is swamping the area I gave up on all those years ago. I think I'm going to be busy for the next year or so re-finding this area of my garden. 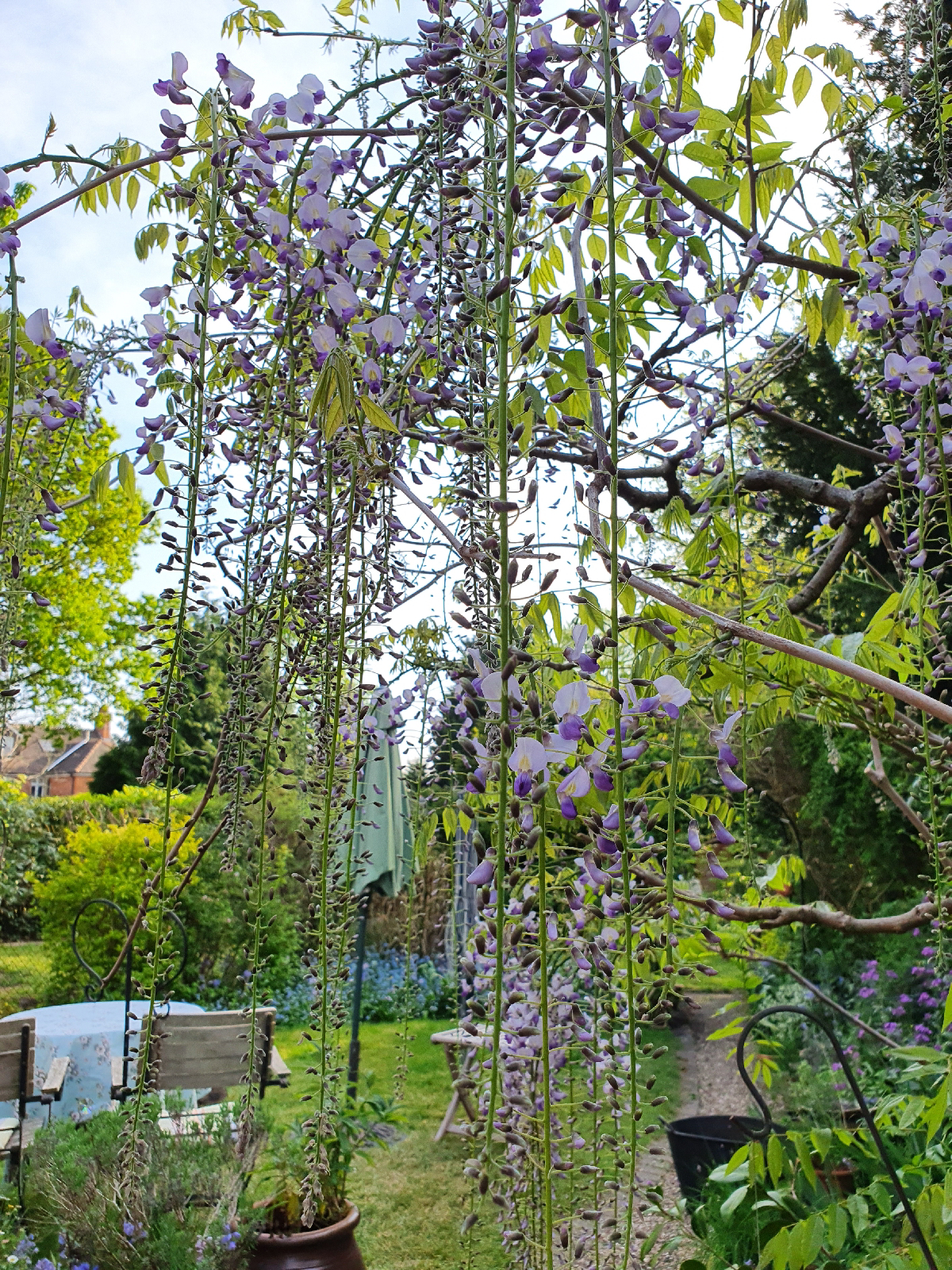 My long wisteria is beginning to bloom

I spent some time down at the allotment last weekend.  It was the first time I have used green manure. As it was just beginning to seed it was time to chop it down ready for new crops to go in in a few weeks.  I was amazed just how strong the roots were.  They took lots of digging out. Hopefully I will have nice fertile soil very soon.


The rhubarb at the allotment is growing up like mad again.  We inherited 13 plants of the stuff and we rarely eat it.  Just as well my friends like it and it keeps the weeds off the soil as we have plenty of other patches to tend. I planted the orange and white onions which I had started off at home in the greenhouse. Last year I put some in a wet area and they just rotted.  Hopefully this year I will have loads.  We love onions.

Back in the garden I found some long lost treasures which had completely disappeared under the overgrown hedge and ivy.

The rest of the garden is full of spring flowers and now the bay tree is gone theres loads more sunny flower bed to fill soon. 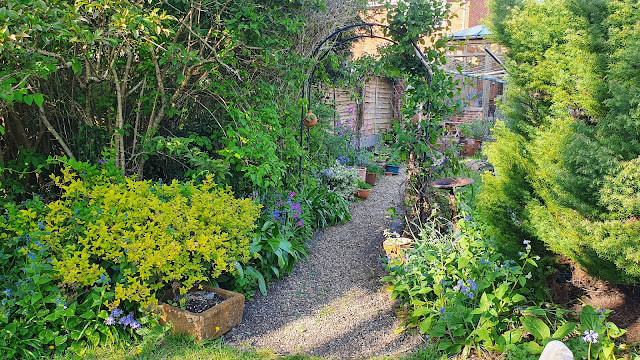 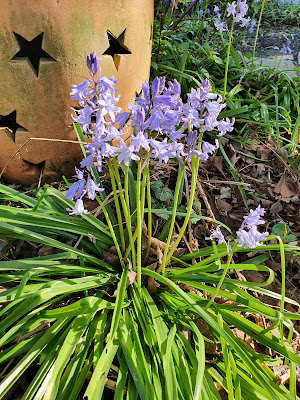 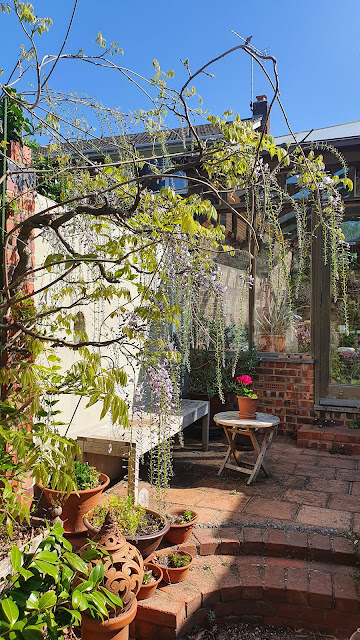 Once this wonderful wisteria has stopped flowering I shall trim it back as it had been struggling through the bay tree and has become gangly.